Pakistani Passport is ranking 102 to 104  in 2019 according to Henley Passport Index, Having Pakistani passport can enter 32 countries with visa on arrival or visa free access faculties.

Without Visa Countries for Pakistani Passport

Dominica officially the Commonwealth of Dominica, is an island country in the West Indies.The capital, Roseau, is located on the western side of the island. It is part of the Windward Islands in the Lesser Antilles archipelago in the Caribbean Sea. The island is located near Guadeloupe to the northwest and Martinique to the south-southeast. Dominica is visa free country for Pakistan Passport, You can live here upto  months without any visa. 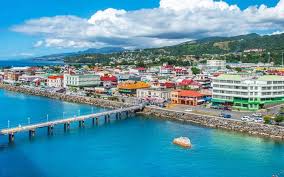 Haiti, officially the Republic of Haiti and formerly called Hayti,is a country located on the island of Hispaniola, east of Cuba in the Greater Antilles archipelago of the Caribbean Sea. It occupies the western three-eighths of the island, which it shares with the Dominican Republic. this country also in the list of visa free countries for Pakistani citizens in 2019 and its give you 3 months permission to stay. 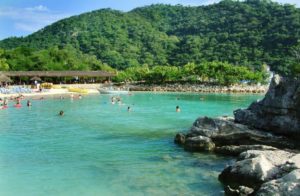 The Federated States of Micronesia is a country spread across the western Pacific Ocean comprising more than 600 islands. Micronesia is made up of 4 island states: Pohnpei, Kosrae, Chuuk and Yap. The country is known for palm-shaded beaches, wreck-filled dives and ancient ruins. Micronesia allow Pakistani citizen to live there for 30 days without any visa.

4. Saint Vincent and the Grenadines (30 days)

St. Vincent and the Grenadines is a southern Caribbean nation comprising a main island, St. Vincent, and a chain of smaller islands. With yacht-filled harbors, chic private isles and volcanic landscapes, it’s known for its major sailing destinations such as reef-lined Bequia Island off Admiralty Bay, bordered by white-sand beaches like Princess Margaret. The main island is home to the capital, Kingstown. 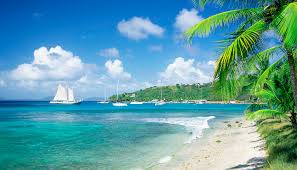 Trinidad and Tobago is a dual-island Caribbean nation near Venezuela, with distinctive Creole traditions and cuisines. Trinidad’s capital, Port of Spain, hosts a boisterous carnival featuring calypso and soca music. Numerous bird species inhabit sanctuaries such as the Asa Wright Nature Centre. The smaller island of Tobago is known for its beaches and the Tobago Main Ridge Forest Reserve, which shelters hummingbirds. Its offer 30 days visa free residence for Pakistani national 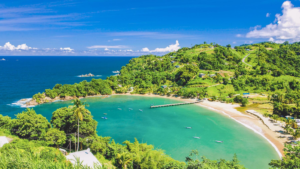 Vanuatu is a South Pacific Ocean nation made up of roughly 80 islands that stretch 1,300 kilometers. The islands offer scuba diving at coral reefs, underwater caverns and wrecks such as the WWII-era troopship SS President Coolidge. Harborside Port Vila, the nation’s capital and economic center, is on the island of Efate. The city is home to the Vanuatu National Museum, which explores the nation’s Melanesian culture. Vanuatu  as well in the list of Visa free countries for Pakistani passport holders..

Above list mentions visa free countries for Pakistani Passport , but there are more 22 countries those are giving also easy visa for travelers from Pakistan. Just because these countries are offering visa on arrival facility to Pakistani Passport citizens on arrival make sure that you have followed guidelines of embassy to get visa like you must have return ticket, Hotel booking ( in some cases need invitation letter ) and  sufficient funds. Check all th rules before traveling to these countries because in few cases they could denies entry.

In the early 1990s, a few years after the end of the Zia Era, the passport changed again.

The green became slightly lighter in colour, and the English words ‘Islamic Republic of Pakistan’ were once again pushed up and the Urdu ones pushed down.

This version of the passport has remained as is till this day, even though the Pervez Musharraf regime (1999-2008) attempted to replace the words ‘Islamic Republic of Pakistan’ with the old ‘Republic of Pakistan’. But the attempt failed due to protests by religious parties.

Pakistani Passport have access to all above these countries on arrival and visa free entry in 2019 but still its  available data to date, its better to double check with relevant embassy website before you plan to travel and avoid any inconvenience.

Do not hesitate to give us a call. We are an expert team and we are happy to talk to you. 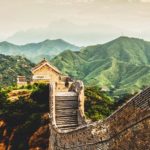 Price on Call
From0 PKR0 PKR 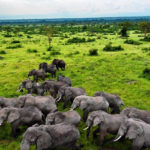 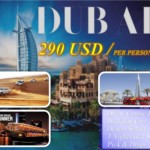 From35,000 PKR
Open chat
We use cookies to ensure that we give you the best experience on our website. If you continue to use this site we will assume that you are happy with it.Ok